Bitcoin (BTC) price continued its rally throughout the week and reached the level of 14 thousand dollars. The BTC / USD parity reached the record level of the last 2 years, right after the statements made by Chinese President Xi Jinping today.

The Bitcoin (BTC) bulls, which did not lose the $ 13,300 threshold yesterday, achieved a new win against the bears today. Bitcoin, which has been testing the $ 14,000 level for a while, successfully passed this test after the breaking news from China, and the Bitcoin price saw the $ 14,000 threshold. 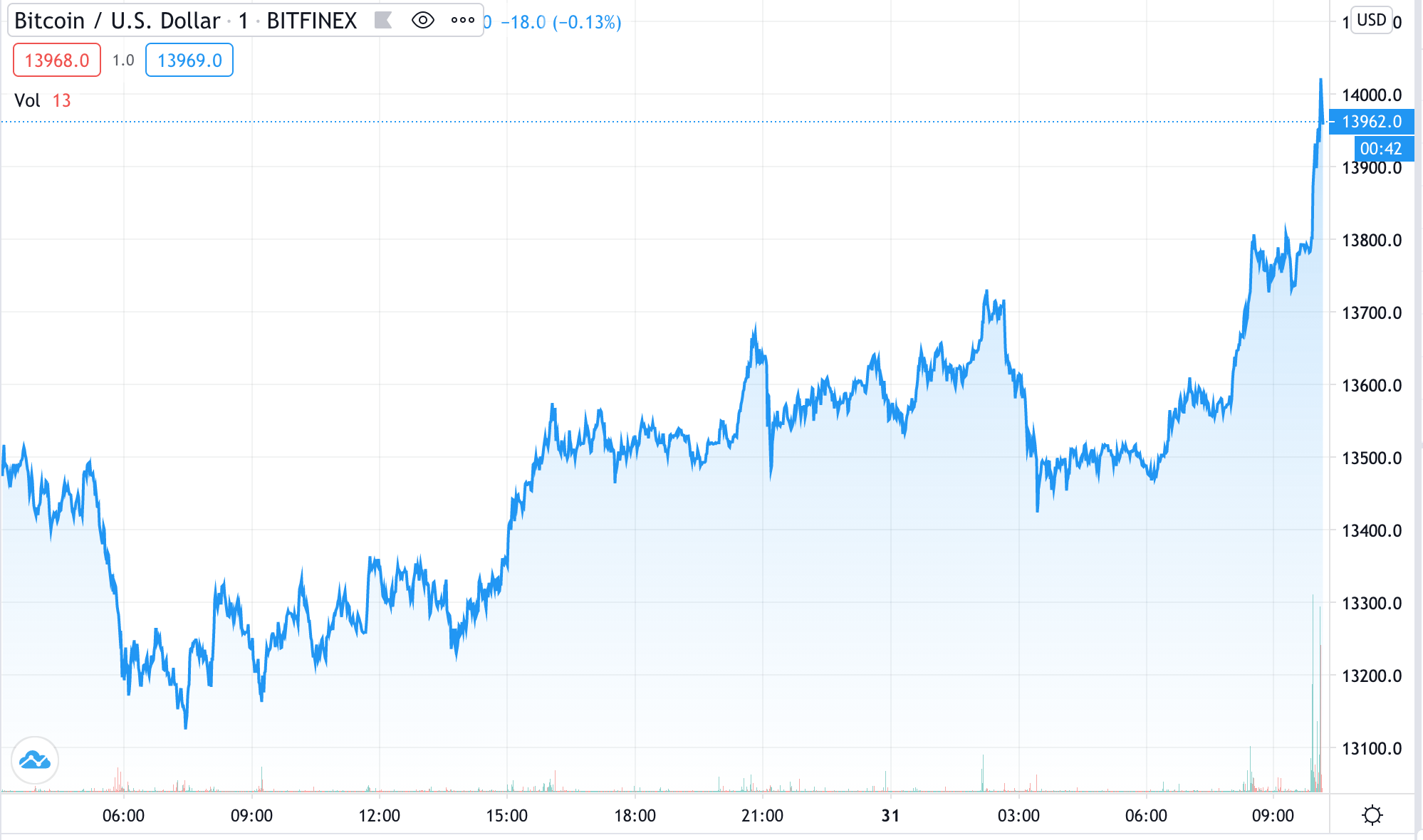 Cryptocurrency analysts think that this sudden rise in Bitcoin (BTC) price can be explained by the news from China. Chinese President Xi Jinping spoke about the country’s own cryptocurrency project, the digital yuan, in a speech he attended today.

The summit of the last three years has been seen

The fact that Bitcoin successfully reached the $ 14,000 threshold meant that the record for the last three years was broken. Bitcoin price, which declined after reaching almost $ 20,000 in December 2017, has not seen these levels since January 2018.

While analysts aren’t sure exactly how long the Bitcoin price will rise, it is thought that this rally is not solely from China. Speaking to CoinDesk, Nick Cote reminded that a lot of institutional investors have started buying Bitcoin lately, which is a positive development for the BTC price.