Popular trader Peter Brandt believes that Ether (ETH) saw a significant breakout in its ETH-BTC pair on July 9. According to the veteran trader, the breakout could be a signal that a new altcoin season could occur in the near-term.

“Significant breakout in ETH-BTC with target of .03276 BTC. Most alts should gain on Bitcoin in near future.”

The strong performance of alternative cryptocurrencies in recent weeks coincides with an Ether rally and the expectation that upcoming network upgrades will solve the scaling issues that plague the network during peak transaction phases.

Cardano, for instance, transferred a node containing all the changes of its Shelley upgrade onto the mainnet. On July 30, a hard fork on the Cardano blockchain will finalize the highly-anticipated Shelley upgrade. This positions Cardano to rival Ethereum as an established proof-of-stake (PoS) network.

Kyber Network also rallied after the release of Katalyst. To put it simply, Katalyst allows users to stake KNC in order to participate in KyberDAO and benefit from various incentives. In theory, it is similar to the staking mechanism of Ethereum 2.0.

“KNC’s top 100 non-exchange addresses have spiked since Katalyst, and it appears that the top 10 overall holders have upped their ownership of the total supply from 48.6% 48 hours ago, to 52.2% (over half) of the total supply at today’s market close.” 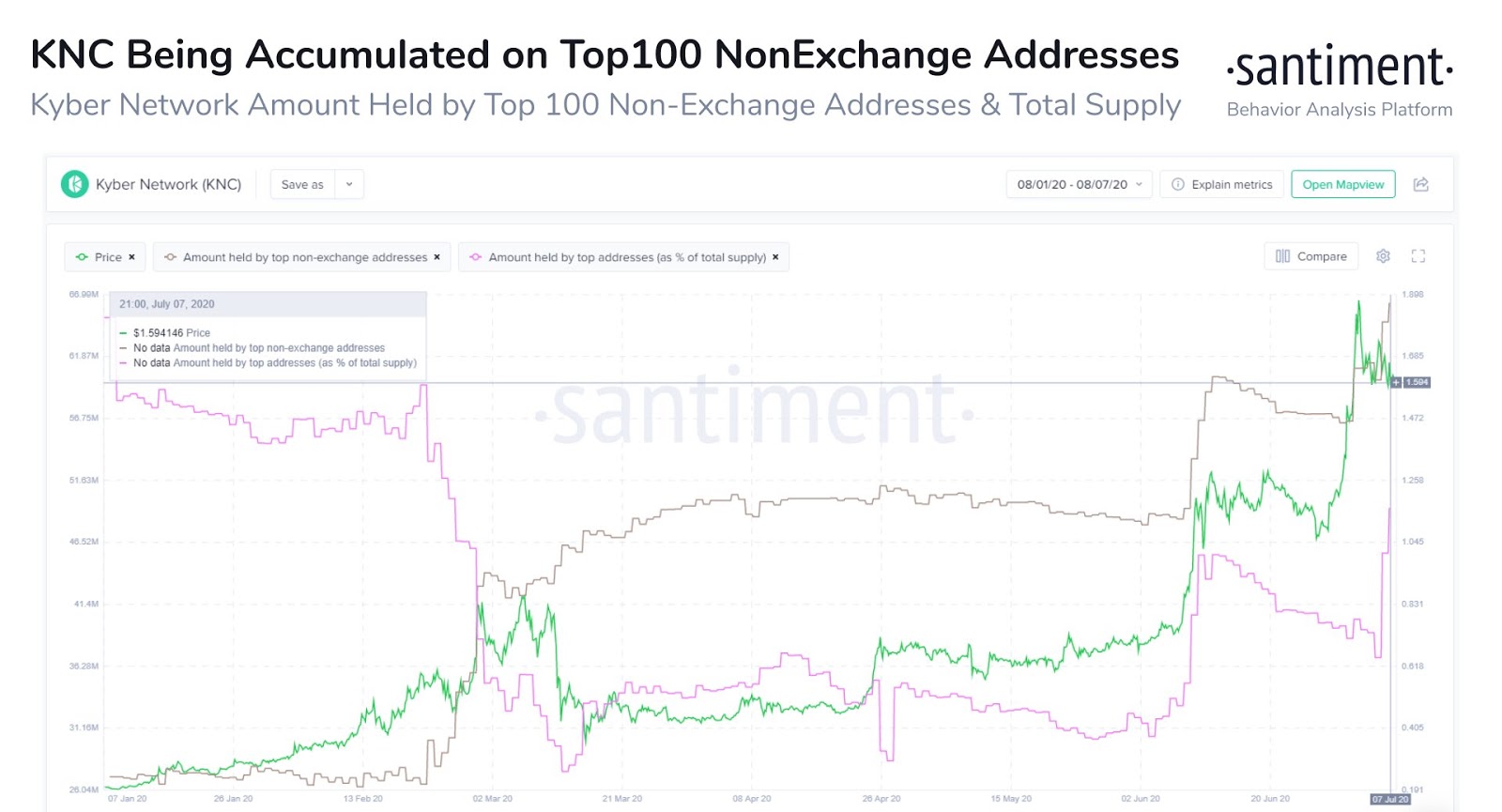 The positive sentiment around alternative cryptocurrencies combined with exploding demand for decentralized finance-related tokens seems to have added to the confidence of investors.

According to data from Binance Futures, investors remain majority long on many altcoin pairs. In fact, more than 50% of traders on the platform are holding long contracts on LINK, ADA, KNC, and COMP.

Some traders predict the Ether rally will continue in the third quarter of 2020 due to a favorable market structure and currently the altcoin is testing a significant multi-year resistance level at $250. The altcoin briefly broke above this level three times in the past two weeks.

Traders are seemingly optimistic on the near-term trend of Ether as the altcoin has weakened a key resistance level with multiple retests. This is because when a support or resistance level gets tested many times in a short period, the probability of it being broken rises.

The increasing number of altcoins enabling staking in the wake rapid growth in the DeFi sector and the expectations of an Ether rally could support a strong bullish trend in the altcoin market.

Ether trading volume has also remained relatively high throughout the past ten days as the price hovers above $240. This suggests that buyers are keen to push the price higher despite strong selling pressure at a key resistance area.