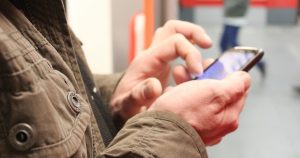 China has officially passed a new national security law for Hong Kong that has caused a massive chilling effect. As a response, many Hong Kong citizens are deleting social media posts or even whole profiles. Now that China is stepping in to enforce the new laws, anything that was previously posted under an assumption of freedom of expression could end up being punishable under the new law. 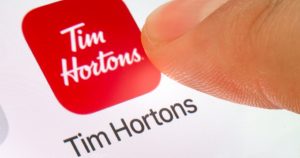 The popular Canadian coffee chain is facing a class action lawsuit in Quebec over their data collection practices. Tim Hortons would use the data to figure out where users lived and even when users went to a competitor. Their app privacy policy did not properly disclose just how much information would be given by sharing location permissions. Tim Hortons is also facing investigations from privacy commissioners across the country.

Last week we found out that the TiKTok app was snooping on clipboard contents thanks to the new paste notifications feature in iOS 14. Through the same method, Dan Cubed discovered that the Linkedin and Reddit apps also do the same thing. Linkedin has claimed that the copying and pasting is a bug and they will be fixing it ASAP while Reddit has promised to remove it, as well. Seems like it’s time for a lot of apps to clean up their acts.

Back in May, France passed a law against hateful content that would allow websites to be fined if they failed to remove designated hate speech within 24 hours. France’s highest constitutional body, Constitutional Council has deemed most of the law unconstitutional. This is a win for freedom of speech especially since the European Union is in the middle of considering similar hate content laws for the entire region.

The California Consumer Privacy Act – or CCPA as most people know it as – is now being enforced. The law technically came into effect on January 1st, but a six month moratorium on enforcement was allowed for in the law. That way, companies would have time to prepare for changes. Some petitioned the government in March to delay the start of enforcement due to business disruption caused by the pandemic; however, the Attorney General has stuck with the letter of the law.

After exaggerated claims about their importance, here’s the reality of contact tracing apps

Remember a few months back when contact tracing apps were all the rage? A few months in, it’s become abundantly clear that many governments were more interested in tracking their citizens than helping the pandemic. In Norway, the government ended up deleting all the data they collected as part of their contact tracing app after receiving a warning from the Norwegian Data Protection Authority. While some countries that have adopted privacy preserving contact tracing apps have seen success, those that wanted to collect data have run into problems.

A job posting on a government contracting website has shown that America’s tax enforcer is looking for help in tracking private cryptocurrencies. The Criminal Investigation Division of the IRS posted a job listing for private contractor help in tracing privacy coins. Specifically, they want technology to be able to trace privacy coins, layer 2 off-chain protocol networks, and even side chains. The IRS may have their work cut out for them, though. If used properly, privacy coins are supposed to be immune to tracking.

Caleb Chen is a digital currency and privacy advocate who believes we must #KeepOurNetFree, preferably through decentralization. Caleb holds a Master’s in Digital Currency from the University of Nicosia as well as a Bachelor’s from the University of Virginia. He feels that the world is moving towards a better tomorrow, bit by bit by Bitcoin.