Bitcoin lost the daily 12-EMA and the 26-EMA on June 24 after a notable crash towards $9,000. On June 25, Bitcoin finally succumbed and dipped below $9,000 but not for long. The top-ranked digital asset remains inside a daily ascending parallel channel formed at the beginning of May.

This is the second bullish reversal candlestick formed by Ethereum. The pattern can be seen on June 15 as well, where ETH/USD did get a decent amount of continuation the next day which eventually led to a significant break towards $250. Will history repeat itself? The situation is different but better for Ethereum as the digital asset is now in a daily uptrend and much closer to the daily 12-EMA.

Ripple Price Prediction: Is XRP/USD at danger of falling towards $0.10 again?

It’s quite apparent that XRP has been weaker than Bitcoin or Ethereum. XRP, like most of the other altcoins, is following Bitcoin, however, every crash, XRP crashes harder and every bounce recovers less. The XRP/BTC pair has been in a huge downtrend basically since January 2018. 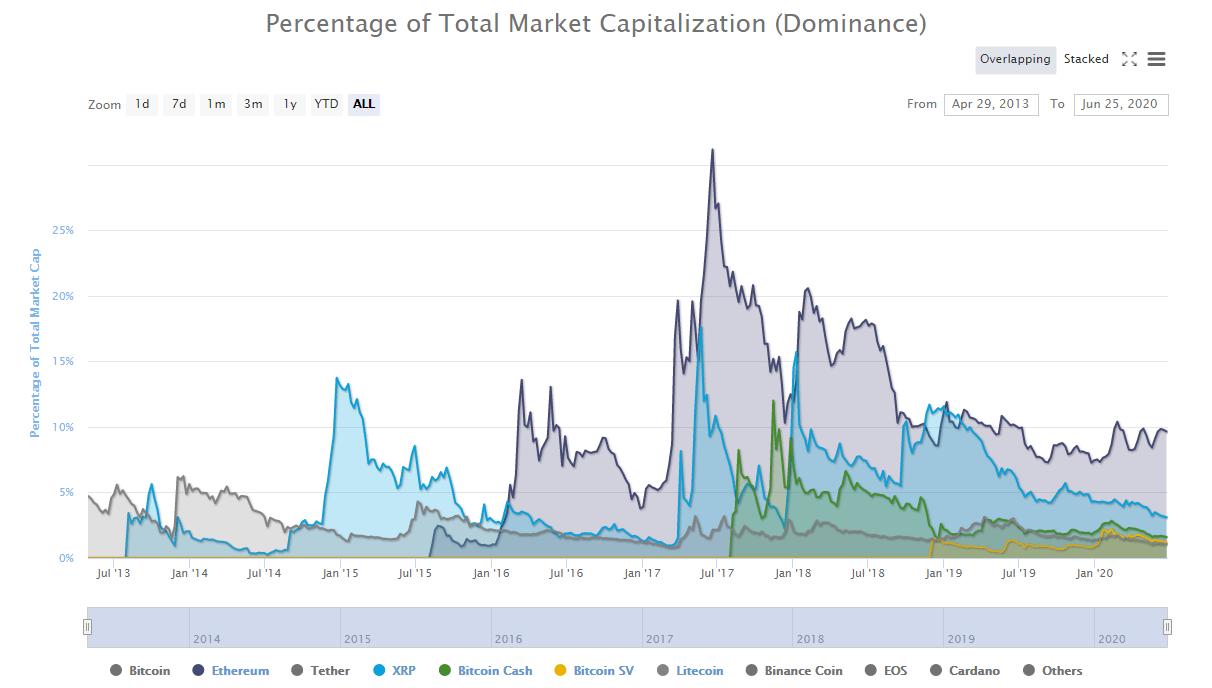