Altcoins have surged after the infamous Black Thursday. EOS, VeChain, and IOTA have all seen an uptrend in the past two months. However, with the start of the month, all three coins saw a price drop, but despite this, the coins are trending upwards at the moment.

EOS has recorded significant gains in its price post the 53% drop in March. The coin saw an 18% rise in April and embarked on a good run throughout the month with negligible short-term breakouts. With the start of May, however, the coin entered the bearish territory. EOS recorded a 12% drop on May 11, but the coin has maintained an upward trend at the moment and the trend is further confirmed by the Awesome Oscillator indicator. Additionally, the widening Bollinger Bands indicate heightened volatility in the coming days.

There have not been many technological advancements in EOS on the, however, the coin had been in the news recently for being highly traded in the Futures market in Q1 of 2020, alongside Bitcoin and Ethereum. 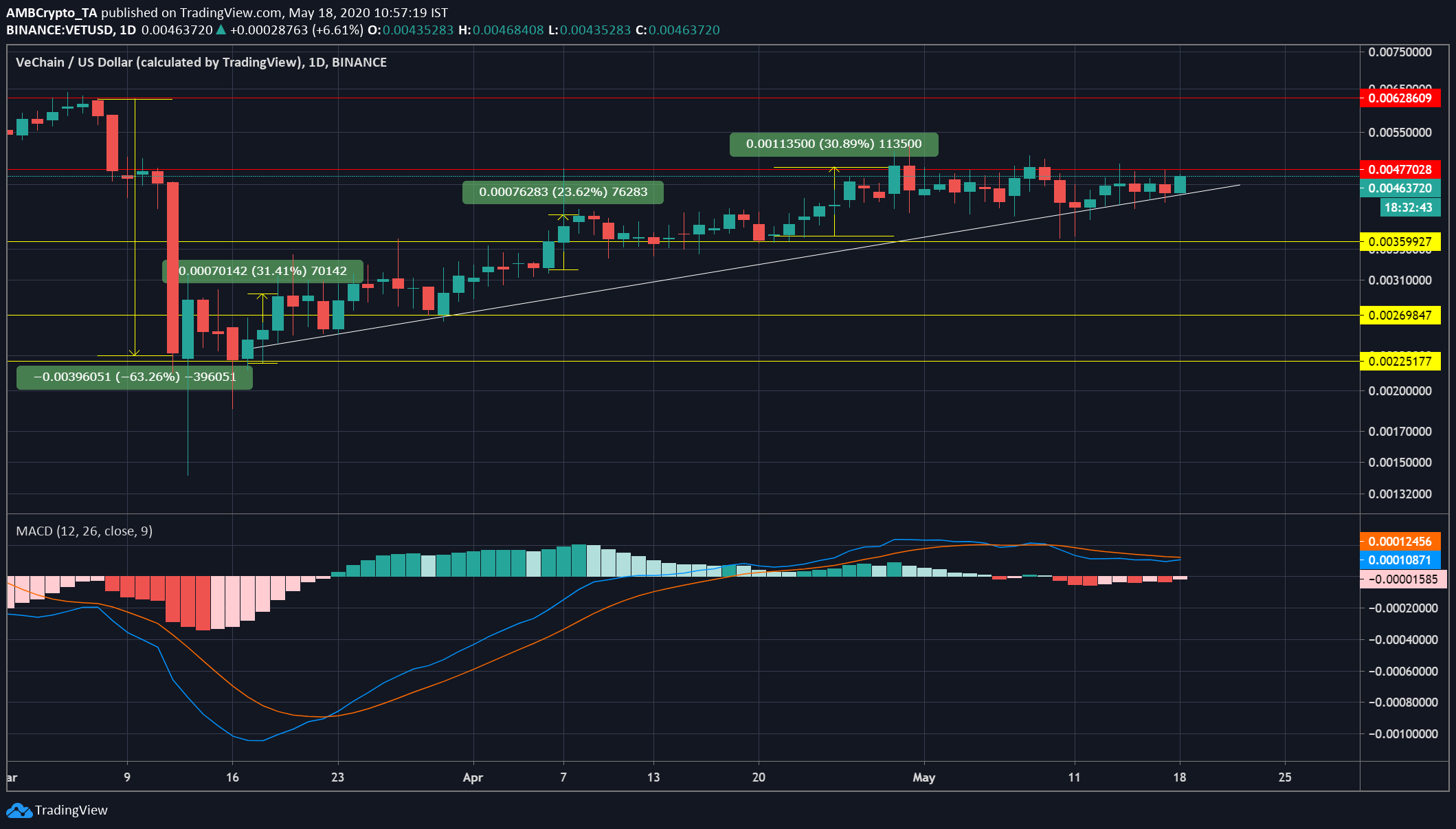 VeChain, the 35th coin that dropped by 63% in March has seen a continuous uptrend starting March 16. The coin gained significant growth in the month of April. However, starting May, VeChain has had a wild run. The coin has seen frequent short-term breakouts, but at the moment, it seems to have recovered. The coin is trending upwards at the moment and the MACD Indicator stands proof to this.

Interestingly, VeChain entered into a partnership with I-Dante to develop a blockchain-enabled medical data management platform. As per the official announcement, the platform will work on securing data storage and efficient information that is shared between several parties. 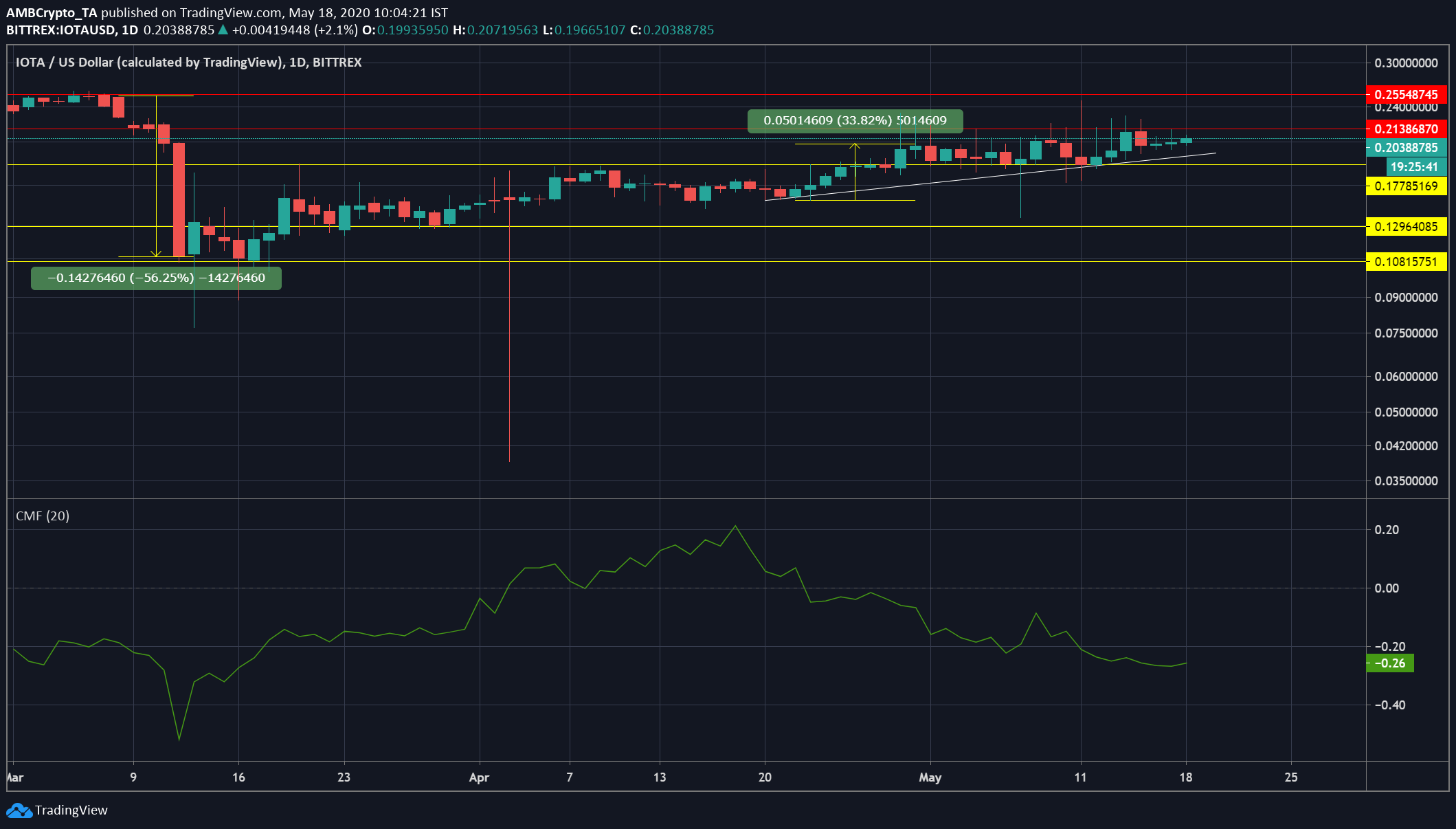 IOTA, similar to VeChain has seen only an uptrend following the 56% drop in March. Towards the end of April, the coin saw another 33% rise and found support at $0.17. The coin is trending upwards at the moment. The Chaikin Money Flow indicator is positioned below the zero line painting a different picture. On the development side, IOTA co-founder Serguei Popov recently published an update for the project detailing the current state of protocol-upgrade activities including ongoing work on Coordicide and GoShimmer. The ecosystem is also working on another project that aims to make the network more decentralized.